Home » Technology » NEW TWITTER FEATURES AND UPDATES YOU MAY HAVE MISSED

NEW TWITTER FEATURES AND UPDATES YOU MAY HAVE MISSED

Posted by Surfs Posted on 08:36 with No comments 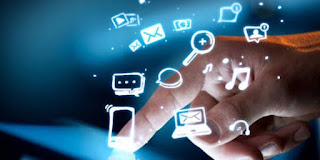 Just a few years ago social media giant ‘twitter’ failed to add significantly to its number of users but it seems the tide had turned in 2017 as twitter has been recording monthly user growth.

Twitter had been generating more revenue even above set target as monthly users had been on the rise thereby making it’s investors smile to the bank.

During twitter’s downtimes, there were significant actions taken towards creating a better user experience.  The major or most significant of these changes was aimed at improving user engagement and experience.

See Also: HOW TO PLACE SULVO ADS ON YOUR SITE

We do hope twitter sustains these newly updated features that had kept new users coming and most especially those of us who advertise on twitter should take note. So here is the list of notable features:

Staff cutting and innovation: during twitter’s struggling days they had to downsize their staff strength and introduced a new innovation. Twitter developed an in-app live video streaming feature to increase user engagement.  All thanks to this innovation that led to twitter’s live video content. Webmasters call this feature the end of vine and periscope.

New layout: in order to a bit more lighter, twitter redesigned its mobile app and its desktop page. With this update user experience became faster and easier. According to the motley fool, twitter’s user base has been growing slowly and sometime dipping. All these innovations over the years are just to keep users and encourage new users to sign up.

See Also: HOW TO ADD SKYPE WIDGET TO YOUR BLOG

Some of the visible changes include;
*Decluttered UI: Twitter now has a sidebar Menu where users can easily navigate to their profile, lists, and personal settings.

*Real-time Stats: reply counts, retweet count and like counts. You can now see live stats of your post engagement.

*Round avatar: your profile picture is now round unlike before when it is square.
3)    Anti-Cyber bullying and harassment: before now lots of twitter users complain how easy it was for harassment and bullying to be spread on twitter network. We all know this was evident in recent elections globally. Most users deleted their accounts on twitter after being bullied on the network.

To correct this, users can now filter and mute keywords they don’t want to receive notifications from.