Posted by Admin Posted on 07:45 with No comments 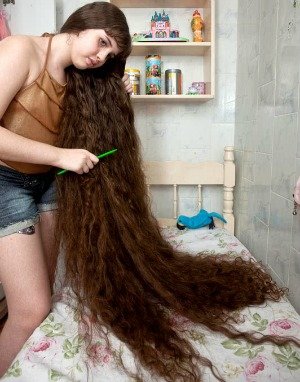 Let’s talk about money and how to maximize your return on your hair business.


If I asked you to make a list of ten highly lucrative business opportunities in Africa, I’m sure human hair would never cross your mind.

And that’s what makes this article quite revealing.

According to estimates, Africa’s dry hair market — that is, the market for weaves, wigs and hair extensions — is currently worth over $6 billion a year and growing quite rapidly.

And there appears to be good reason for the mind-blowing size of Africa’s hair market.

Studies reveal that black women are willing to spend at least double the amount on hair and beauty products than white women.

On a continent where over 40 percent of the population lives below the poverty line, the business of beauty, especially hair products, is experiencing a significant boom.


Every year, the value of trade in shampoos, relaxers and hair lotions in Nigeria, South Africa and Cameroon is over $1.1 billion. This figure does not even include sales in other 40+ Sub-Saharan countries.

And according to Euromonitor International, the market for liquid haircare products in Africa will continue to grow at a 5 percent rate between 2013 and 2018.

This article is focused, not on the entire beauty industry, but on the multi-billion dollar business of human hair.

And I mean real human hair that was shaved off somebody’s head, and not the ‘synthetic’ human hair extensions which are just as heavily demanded.


As you will see in this article, the massive demand for human hair in Africa has made a lot of entrepreneurs and investors very rich.

Unfortunately, many of these people are not Africans themselves.

But Why Are African Women Crazy About Imported Human Hair?

Let’s not be sentimental about this.

The main reason the market for imported human hair is booming in Africa is because millions of people, predominantly women, are demanding for it.

And why are women willing to spend more than $250 (on average) on foreign hair?


Well, any woman who’s a fan of hair extensions will likely give you an exact, or varied response along the following lines:

“Hair extensions are the vogue and they make me look great.”

“I like to play with different hairstyles. I get bored if I have one style for too long.”

“My natural hair is fragile (breaks easily) and can be hard to deal with. Hair extensions make life easy for me.”

To be fair to the ladies, there’s a raft of evidence that proves that Afro-textured hair is notorious for fragility and coarseness (which can make it difficult to comb).

However, whether it is right or wrong for African women to ditch their natural hair for foreign hair, is a debate that’s beyond the scope of this article.

And Where Does All This Human Hair Come From?

Have you really ever wondered where all the human hair that gets imported into Africa comes from?

On the African market, human hair products are often branded along ethnic or racial lines. ‘Brazilian’, ‘Peruvian’, ‘Malyasian’ etc. are just a few of the very common names you’ll hear.

But in this section, we’ll take a good look at the real sources of the human hair that are available in thousands of stores, markets and beauty salons across Africa.

India is one of the biggest players in the human hair industry and exports up to $400 million worth of human hair every year.

With a population of roughly 1.3 billion people, of which just over 600 million are women, India certainly has the capacity to supply human hair at a global level.

Most of the virgin human hair sourced from India are from rural temples and villages where female Hindu pilgrims often shave their hair as a sacrifice to the gods, or as part of a yearly ritual. Most of these women in rural India have natural, high quality hair that may have never been treated with chemicals.

A young Indian woman having her long natural hair shaved.

One woman can yield up to 280 grams of hair (about 10 oz). The longer the hair, the higher the price it fetches on the market.

Before the boom in the human hair trade, shaved hair in the temples were burned or used as stuffing for mattresses. But these days, they are collected, processed and auctioned to the highest bidder.

Some of the hair is packaged and sent to Africa. But most of it still makes its way to Europe and the USA where the demand for human hair is also very huge.

But there are two main types of Indian hair that reach Africa. They’re Remy and non-Remy hair:

Remy hair is usually collected from temples, and is often the highest grade of human hair because it retains its natural look since the hair cuticles face same directions.

Non-Remy hair, on the other hand, is processed because the cuticles do not face the same direction. So it is usually treated with hydrochloric acid to remove the cuticles, which reduces the quality of hair, before export.

So far so good, it looks like Indian hair is sourced from legit sources – women who voluntarily donate their hair.

However, due to the lucrativeness of the human hair business in India, there have been reports that reveal some shocking developments:


For example, more Indian husbands are forcing their wives into selling their hair, slum children are being tricked into having their heads shaved in exchange for toys, and human hair harvested from dead bodies in graveyards have often been rumored to be on the market too.

China has the world’s largest population of 1.4 billion people, of which about 50 percent are women. Like India, China also presents a significant supply pool of human hair for the global market.

China is a big player in the human hair industry, and exports a huge volume of human hair to Africa every year.

According to the World Trade Organisation, China exported nearly 75 percent of the world’s ‘bird skin, feathers, artificial flowers and human hair products’ in 2012.

And it continues to dominate the international trade in human hair.

But unlike in India where most of the human hair is ‘voluntarily sacrificed’ by women, in China it’s a full-fledged business – poor Chinese women, usually in rural areas, sell their hair for a fee to hair collectors, who are middlemen in the virgin human hair business.

A woman holds bunches of hair at a market specialising in human hair in Taihe, in China’s Anhui province (image credit: mgafrica.com)

Because of the growing demand for human hair, the Chinese market now trades in a wide variety of human hair collected from neighbouring countries like Myanmar, Vietnam, Laos and Bhutan.

But all of this hair is branded on the market as ‘Chinese’ hair.


The human hair business in China is very vibrant and the biggest buyers from Africa are: Nigerians, Ghanaians, Congolese, South Africans, Angolans, Kenyans and Ugandans.

But again, like in India, the fast-growing demand for human hair is leading to desperate measures.

For example, this investigation by the BBC into the human hair business in China found that human hair is often mixed with goat hair to improve profit margins.

And to command higher prices, Chinese hair is often labeled as Brazilian, Indian or Peruvian hair. I’ll reveal a little more about this in the next section.


This is where it gets really interesting.

I’m sorry to break your heart, but the truth is, a huge percentage of human hair sold in Africa as ‘Brazilian’ and ‘Peruvian’ are actually Indian or Chinese hair.

In her very revealing book, The Truth About the Human Hair Industry, international hair expert Alix Moore confirms the following:

“Brazilians do not sell their hair, nor do they cut it for profit or religion. It would be impossible for enough hair to be cut in the Brazilian community in abundance to provide for the world. There are no large-scale Brazilian temples shaving hair,” she wrote.
In fact, did you know that Brazil, and several countries in South America also import a lot of virgin human hair from India and China as well?

Due to the growing demand for human hair in Brazil, tons of human hair are smuggled into the country from India every year.

Like this incident in 2013 where a ton of smuggled human hair from India (worth some $400,000) was seized by Customs at the Sao Paulo International airport.

In the past few years, human hair dealers have been going to great lengths to disguise Chinese and Indian hair as Brazilian, Peruvian, Malaysian and other varieties.

Here’s another shocking revelation from a highly experienced US-based Indian hair importer and salesman who has been in the business for nearly 20 years:

“It’s all the same hair

[Chinese or Indian]. They have different names for it. Whenever they exhaust one name they tag on another name. So, at the moment they have Brazilian hair, they have Peruvian hair, Indonesian hair, they have Malaysian hair, Italian and French too. Customers think it’s a new product and so they are going to buy it and try it at least once.”
If you still need more evidence to confirm these claims, then I recommend you take the time to read this BBC investigation that reveals just how Chinese hair is ‘re-branded’ as Brazilian, Peruvian and Indian hair.

This, my friends, is the secret sauce that the big and wealthy human hair importers in Africa know, but won’t tell anyone.

Because the profit margins on the ‘Brazilian’ and ‘Peruvian’ hair brands can be as much as 1,000 percent!

So, Who Are The Biggest Money Makers in the Human Hair Business in Africa?

As you may have already guessed, the wealth in the human hair business is firmly in the grip of Indian and Chinese merchants who feature prominently at the top of the pyramid.

African entrepreneurs and business people only feature at the bottom of the pyramid; usually at the import, wholesale and retail levels.

In this section of the article, I’ll walk you through the value chain of the human hair business and how a lot of money is made at different levels until the human hair product ends up on the head of a pretty African lady.

The sourcing level is where the global human hair business starts. And the ‘collectors’ dominate this level.
Finish Reading from source..